by Holly Montgomery | May 15, 2021 | Around Calgary, Calendar Sponsors 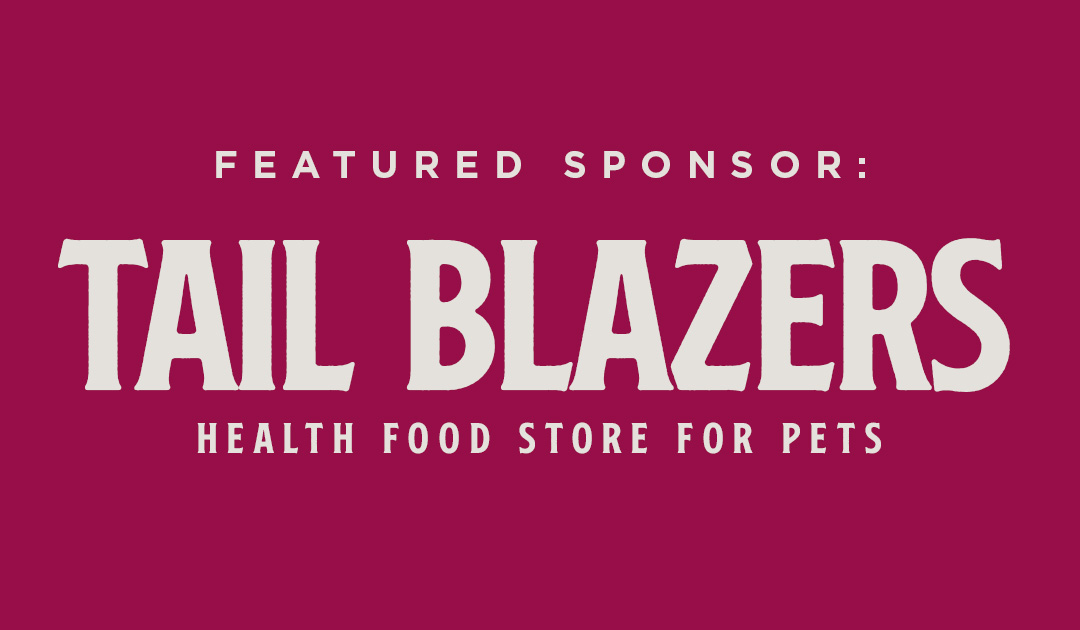 Wow, I had totally intended on introducing you to our Yamnuska Dog Calendar sponsors throughout the contest, but HOLY HECK, the contest was so time consuming there wasn’t any time left to write blogs! But, I’m back, so with that I’d like to introduce you to another sponsor!

Tail Blazers Pets is a health food store for pets franchise that started just over 20 years ago, right here in Calgary. Tail Blazers’ first store was a tiny, 800 square foot store in Inglewood owned by Brent Hauberg and Tamara Low and the franchise is now 23 stores strong.

Both Brent and Tamara had a longstanding history in the health food and supplement industry. It was their deep concern with the declining health of animals, humans, and the earth that gave them the push they needed to create Tail Blazers.

The moment the couple welcomed their dogs into their home, their research into pet foods began. Their research introduced them for the first time to raw food diets, and to the incredible benefits of foods without additives, chemicals, preservatives, or low quality ingredients. Although it’s now trendy for stores to ban ingredients like these, Tail Blazers has NEVER allowed them into their stores.

Perhaps their most startling discovery was the extreme prevalence of hazardous manufacturing methods and conditions that existed in the pet food industry. They became aware of how to spot cut-corners and how to avoid the manufacturers taking them.

They promise to continue to be trendsetters in their industry by purchasing ONLY from companies that are constantly improving their product line. As the pet food industry grows and advances they will continually improve their product offerings.

Tail Blazers vows to carry as many Canadian and ECO-Friendly product options that they can while maintaining the quality their customers have come to know and trust.

My first dog, Brindel, was diagnosed with irritable bowel syndrome when she was a mere 4 months old. Although she was on a very expensive vet diet, her troubles with diarrhea continued. At the time we lived on the 8th floor of an apartment building, so as you can imagine we seldom got her outdoors in time.

I finally made my way into a Tail Blazers store and they introduced me to a holistic kibble called Solid Gold (there were not very many at the time) and Brindel improved immensely on this diet! Eventually, as many Tail Blazers clients do, we moved her onto a raw diet and her bowel problems disappeared.

This fascinated me, and my journey into pet food and nutrition began. And the rest, as they say, is history! 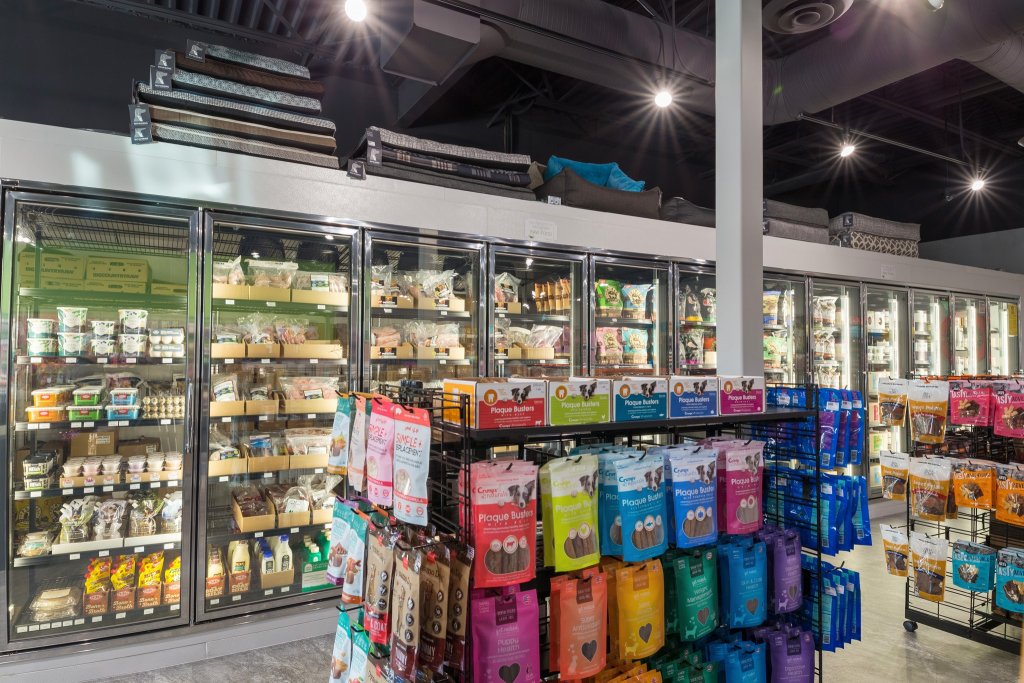 Tail Blazers stores are known for their massive raw food selection that absolutely can’t be beat! In our stores, we take a lot of pride in those giant, walk-in freezers that house the healthiest raw pet foods on the planet!

TAIL BLAZERS has independently owned and operated franchise locations in Alberta, British Columbia and Ontario, Canada. Find one near you!